The Most Famous British Gamblers 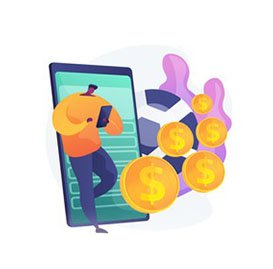 Gambling is a favourite pastime for a sizable number of Brits. The motivation behind this thrilling activity differs from one individual to the next. To some, online gambling helps pass the time when periods of boredom creep in. For others, it's a source of thrill, excitement, and adventure. The thought of spending your free time spinning reels and throwing dice is as good enough a hobby as any. Of course, the thrill factor goes up a notch when the possibility of winning additional pounds is thrown into the mix. Who can say no passive income?

Granted, winning is never guaranteed. But of course, the fact that there's the slightest chance that you could end the night landing a jackpot win is hard to ignore. As long as you play for fun, accept any wins--or losses with grace, and have a positive attitude, gambling can very well be a lifetime hobby for most. If not, it may become your worst vice. Today we discuss a few of the most famous British gamblers of all time, their brief life stories, and how they shot to fame.

Joseph Jagger is undoubtedly one of the most famous British gamblers to have lived. Born in 1830, Joseph Jagger was just a regular textile factory worker. His passion for textiles led him to open his own textile company. Unfortunately, the company went belly up, leaving him bankrupt. Because he has a family to support, Joseph Jagger made his way to Monte Carlo, a popular gambling establishment in Monaco. Little did he know that his experience in the textile industry would one day earn him a spot among the most famous British gamblers list.

The general consensus is that luck is required to win any gambling activity. While this may be so, Joseph Jagger proved that to some extent, skill and strategy also plays a role. Using his experience from spinning textile wheels, he concluded that wheels never rotate with perfect symmetry. Using this strategy, he observed the casino's roulette spinning reels for an entire month. All while documenting the winning numbers and their frequency. After establishing a pattern, he started placing bets and won. He proceeded to win the equivalent of £7.5 million over a few days and deplete the roulette table reserves, forcing the casino to temporarily close its tables. 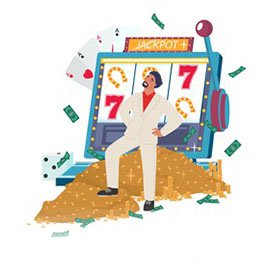 Charles James Fox is another one of the most famous British gamblers to have ever lived. He is proof that gambling appeals to people from all walks of life. Charles. J Fox was the UK State of Foreign Affairs Secretary for twenty years. But despite his formidable role and charismatic presence, he couldn't resist the allure of gambling. Unfortunately, it became his downfall as he went on to become a compulsive gambler. Bear in mind that gambling wasn't his only vice. Drinking and his love for women were part of the package. This triple threat contributed to his demise.

To be fair, Charles James Fox did have his share of wins. However, the tables quickly turned when he went on to lose approximately £200,000. His financial reserves couldn't take the hit, and he was declared bankrupt not once, but twice. The situation was so bad that his father had to bail him out of gambling debts worth £120,000.

Much like Charles James Fox, Beau Nash also found himself on the most famous British gamblers list for the wrong reasons. He was a Master of Ceremonies making him an influential person in his own right. One of his most popular gigs was organising a pageant for King William. After showcasing his superb skills, the Nobility offered him a knighthood, which he declined. Unfortunately, his skills weren't as sharp on the casino floor. Beau Nash lost multiple gambling sessions to the point where he lost his house and had to crash with his mistress for a while. At the time of his death, he was deep in gambling debts.

The above list of most famous British gamblers is nowhere near exhaustive. It's, however, proof that anyone can become famous in gambling circles, regardless of their social standing. Whether they wind up on the list for the right or wrong reasons is entirely up to them. There's certainly no harm in practising casual gambling as a source of entertainment. The problem only starts when you lose your way and start gambling irresponsibly. The best way to bet is to view gambling as a hobby, accept your losses, and know where to draw the line. If you wind up on the list of most famous British gamblers, it's a lot better to make it because of your skill and luck, not because you've been declared bankrupt!